“We found out I had Stage IV Melanoma the day before I was supposed to go back to work from maternity leave. So Kai was three months when we started this, and definitely the most difficult part emotionally is worrying about not being there for him.” 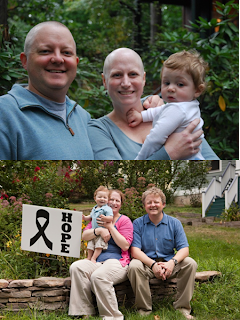 After being diagnosed with metastatic cancer in early 2011, Jamie enrolled in the National Cancer Institute’s TIL Trial, hoping the progressive immunotherapy treatment would stimulate her body’s ability to fight the disease.  Documenting her experiences in a blog she initially created for close family and friends, Jamie unwittingly became a source of hope and inspiration for Melanoma patients around the country, and a living breathing example of the power of clinical trial involvement.

Nearly two years later, thanks to the pioneering efforts of her medical research team, and Jamie’s own resolve to be there for her son, all that remains of the more than 20 tumors that once riddled her liver and pancreas is one, seemingly harmless subcutaneous tumor.

Jamie’s is one of nearly 100 powerful personal stories featured through FasterCures’ Time Equals Lives campaign, a social media effort designed to humanize the toll of disease and explain in real terms why medical research MUST be a priority NOW.

"We cannot be satisfied with things that work ok," says Jamie. "That can't be the goal. There are life threatening illnesses and we have to figure out a way to find cures for them, not just several treatments that may or may not work." FasterCures couldn't agree more.


“My thoughts are now dominated by planning for my after-cancer future, rather than by wondering if there will be a future. . . . I realize over the past weeks that I have officially started thinking of myself as a survivor rather than as a patient. And the difference between those two definitions is astounding.”
– Jamie’s Melanoma Mom Blog 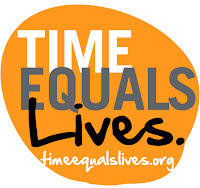